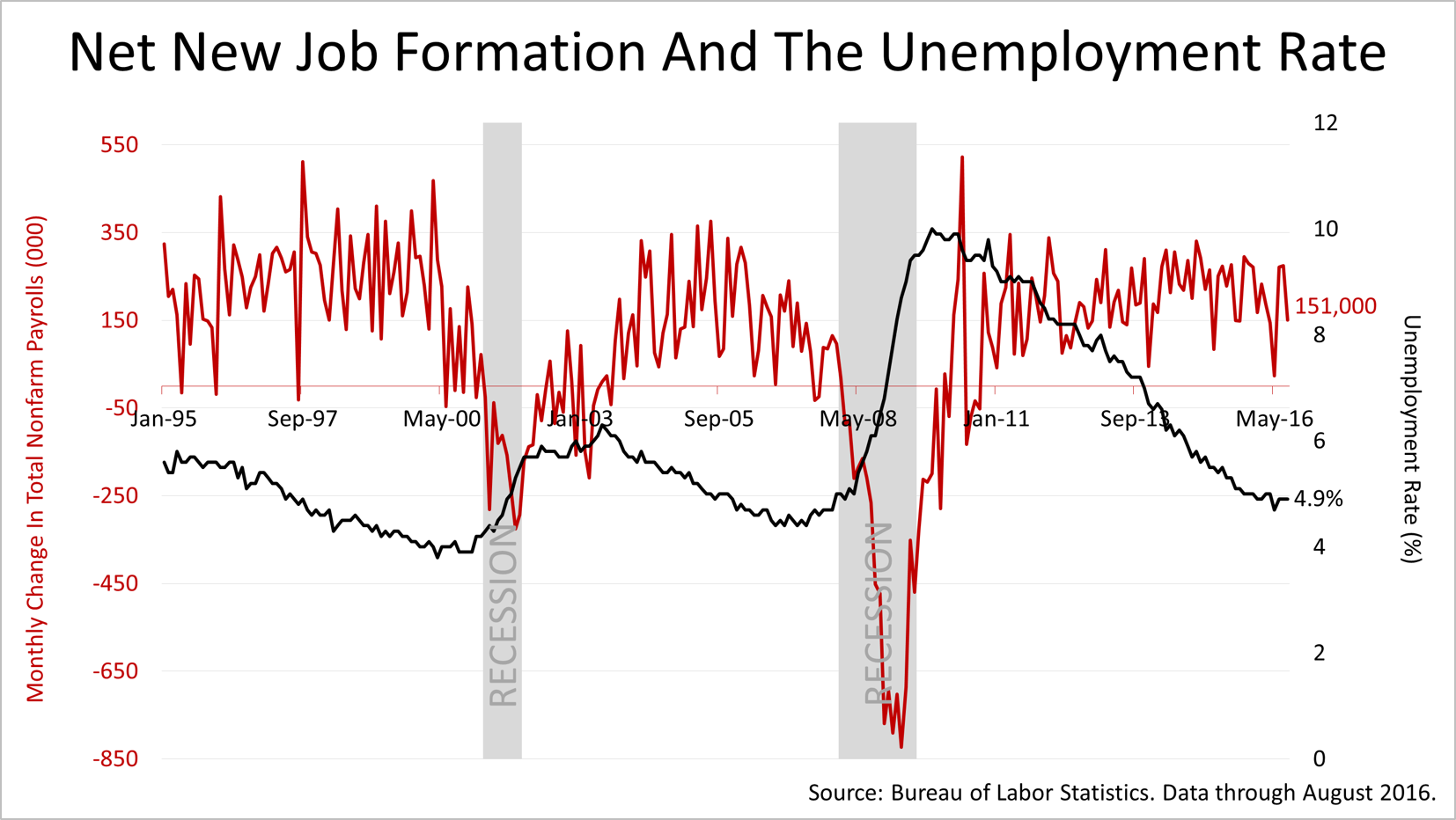 Employment data released Friday was just okay and likely to delay a long-anticipated hike in interest rates. Unemployment held steady at 4.9% in August, according to the U.S. Bureau of Labor Statistics (BLS). That's not quite as low as was reached in the last two economic expansions, but this expansion is still in progress. The BLS also said 151,000 new non-farm payroll jobs were created in August — a healthy gain but nothing spectacular. 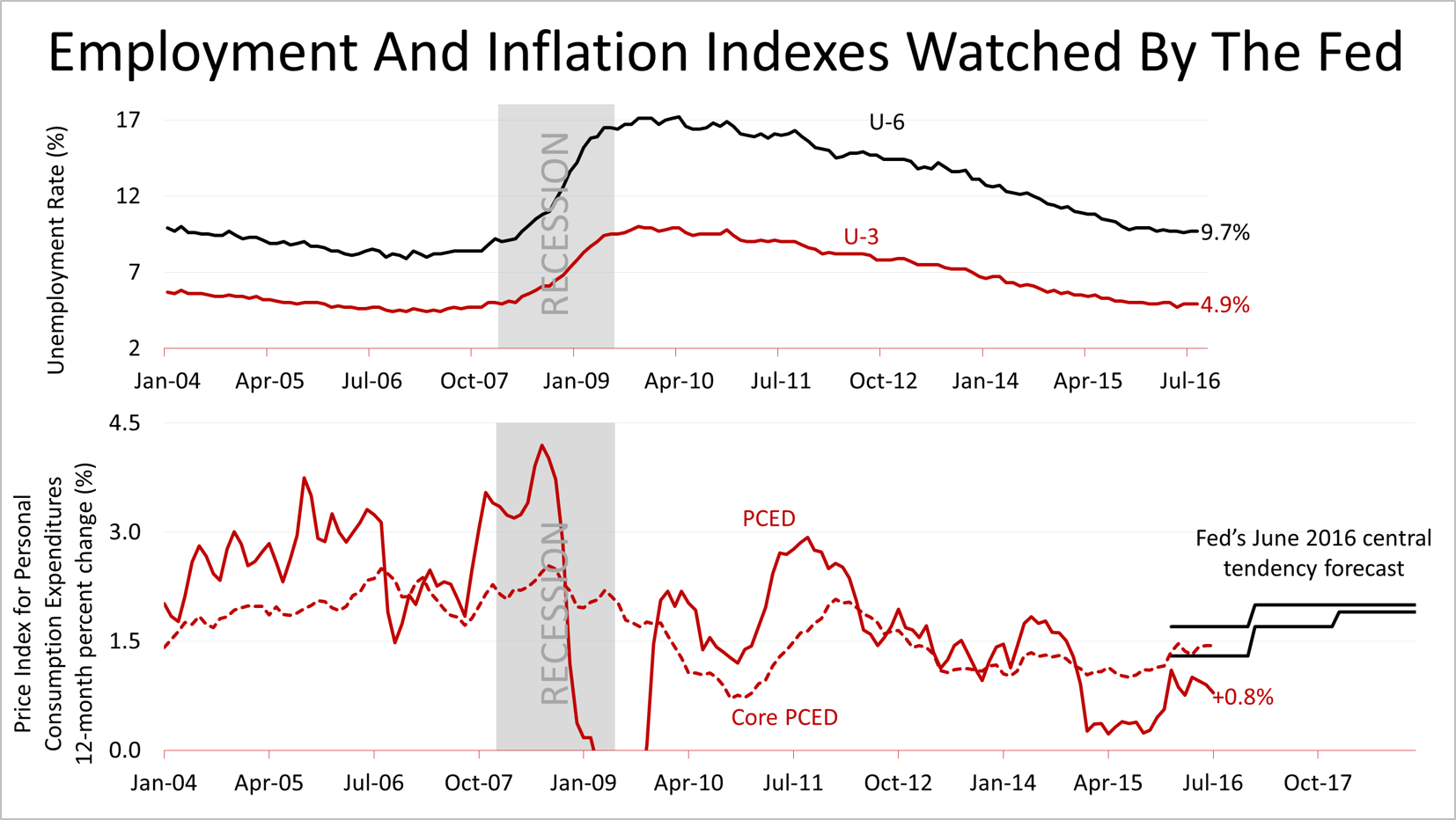 The U-6 unemployment index includes people who are not in the labor force but are available for work, and those who have looked for a job in the previous 12 months but had not searched for work in the four weeks before the survey. It includes "discouraged workers" not looking for work because they believed no jobs were available, or that there were no jobs available for which they would qualify.

The downward slope of both indexes has flattened, and both must head considerably lower before the Fed will satisfy its mandate. That makes any Fed rate hikes likely to come in small quarter-point increments over a long period. 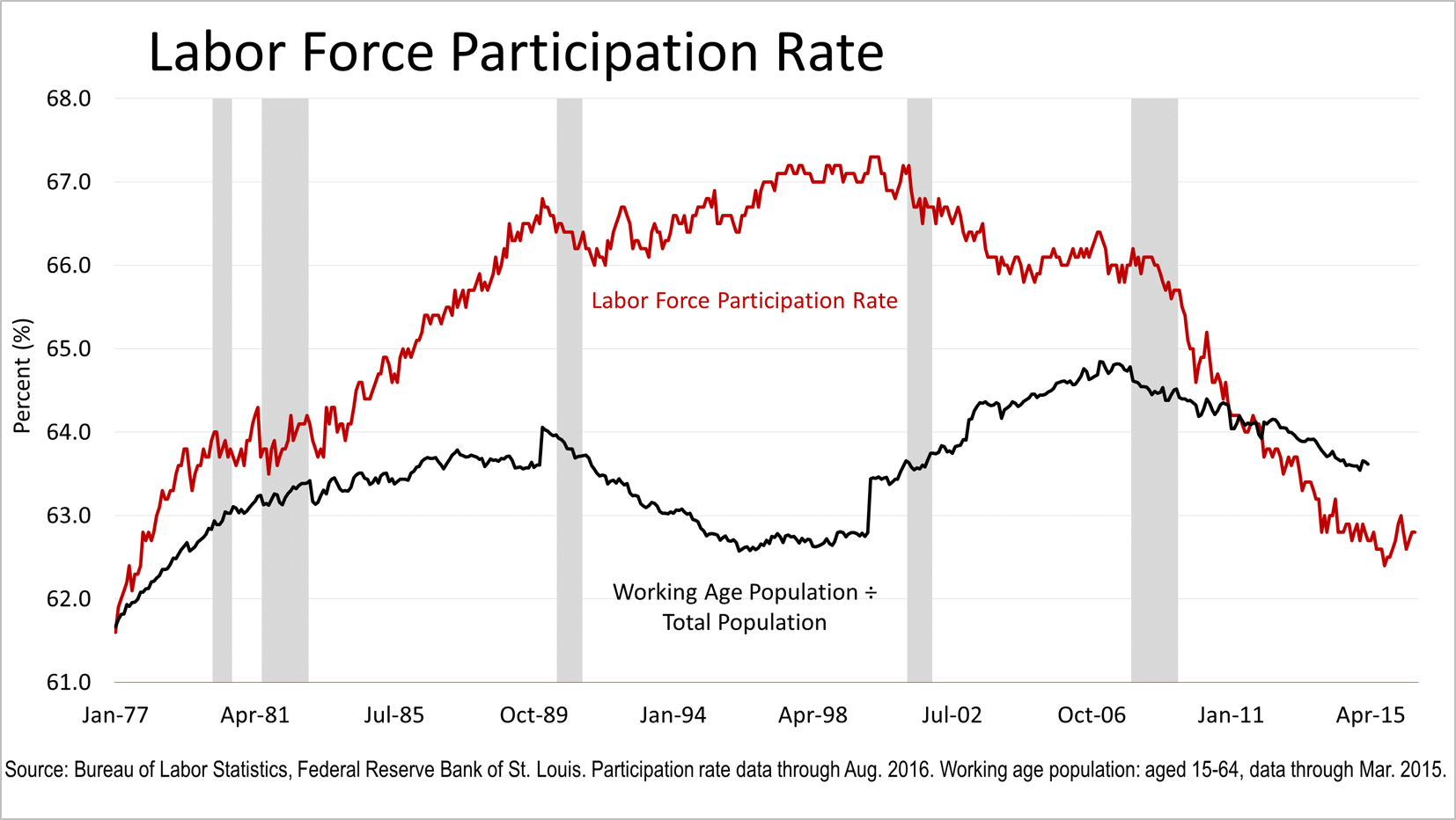 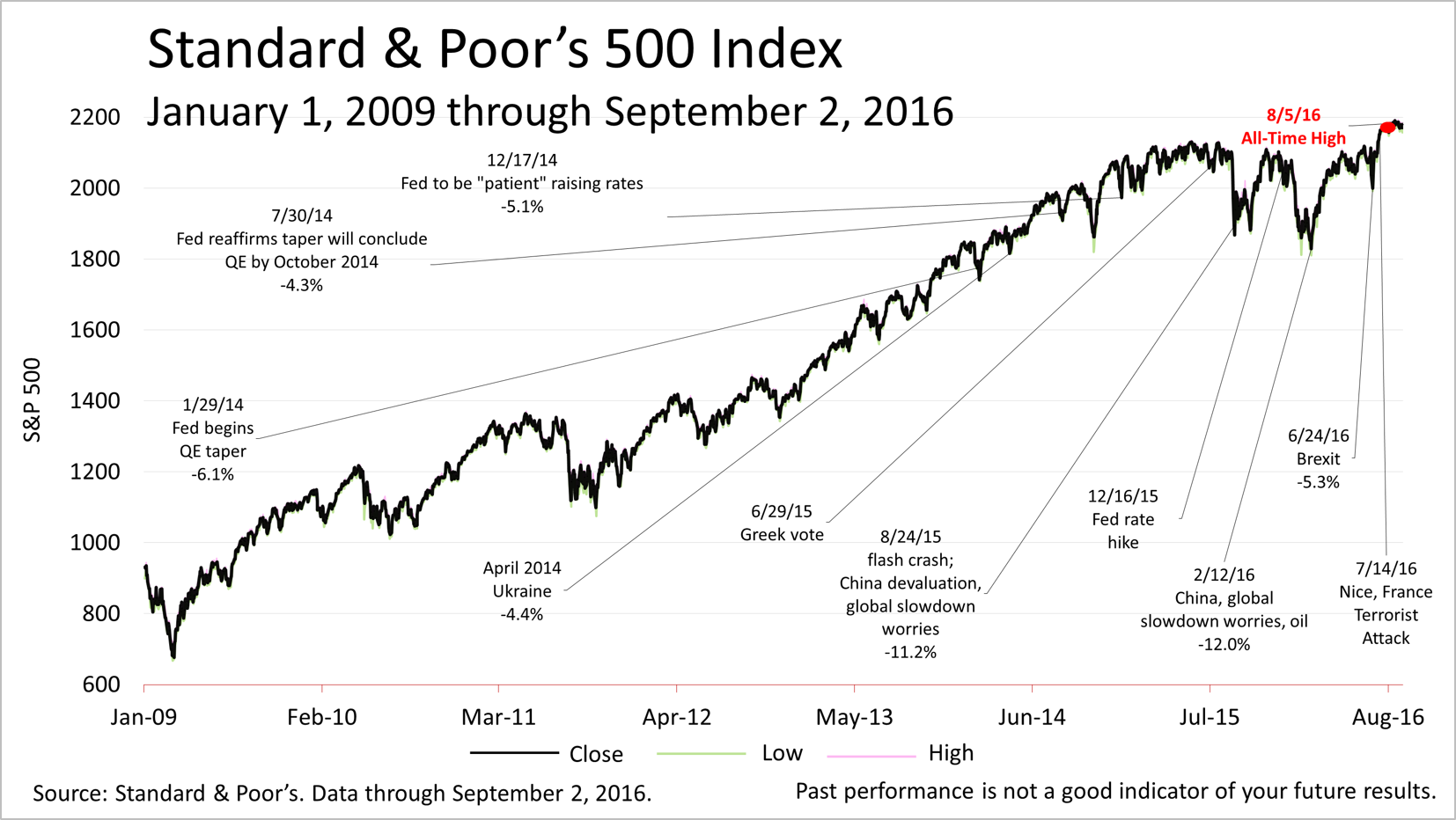 The Standard & Poor's 500 index, a gauge of the value of America's largest publicly-held companies, rose about one-half of 1% higher for the week at 2,179.98. That's very close to its all-time high.

Stocks have marched higher for years and are susceptible to a correction at any time. However, Fed policy is likely to remain accommodative and low interest rates make stocks relatively attractive. In addition, none of the precursors to a recession or economic reversal are evident, and the slow-growth expansion — one of the longest of the century — remains intact.

This article was written by a professional financial journalist for avery wealth and is not intended as legal or investment advice.

Talk to Us Today

Sign up for the latest on retirement and investing

Get Our Best Thinking